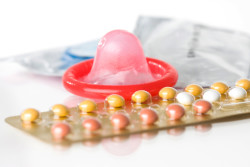 My contraceptive device fell out……

I had an unexpected encounter and we did not use any protection….

I had too many glasses of wine and did something silly…..

I was raped or sexually assaulted and not on contraception….

Has this ever been you or someone you know?

All of us, at any stage of our lives, could face these situations…..

When an unplanned pregnancy could be a disaster.

If you were a woman in ancient Egypt, you would be told to use a douche (vaginal wash) made of wine, garlic and fennel. In Persia if your physician was Al-Razi, you would be given the following advice:

“First immediately after ejaculation let the two come apart and let the women arise roughly, sneeze and blow her nose, and call out in a loud voice. She should jump violently backwards seven to nine times.”

If you live in South Africa you may use the example of your beloved president JZ .A shower after unprotected sex can prevent many things!

This whole routine was thought to prevent the sperm from reaching and fertilising the egg.

But here’s the thing…

We now know, from research, that sperm can reach the cervix or an egg within 90 seconds after ejaculation so the recommended acrobatics or hygiene routine after sex is likely to fail.

SO WHAT IS THE RISK OF PREGNANCY AFTER JUST ONE ENCOUNTER?

The risk of falling pregnant is lowest on the days just before your period and highest at midcycle or ovulation ,peaking at 30%.Ovulation is around Day 14 of a 28 day cycle.

These are available from any pharmacy and are packaged and marketed especially for emergency contraception. A prescription is not needed. Discussion with the pharmacist is recommended.

A progesterone only pill called NORLEVO (0.75mg of levonorgesterol).Taken as a single , once off dose .It is best taken within the first 12 hours after the event.

A combination pill called EgenC (50 micrograms of ethinyl estradiol and 0.25mg of levonorgesterol).This pill has more wiggle room. You have upto 72 hours to take it. The initial dosage is repeated after 12 hours.

In circumstances when those are not available, alternatives are:

# 20 Microval tablets in one dose. This replaces the NORLEVO. Microval is commonly used as a contraceptive pill in breastfeeding women and is usually widely available in South Africa.

# Ovral tablets. This is an older, higher dose combined oral contraceptive pill still available in some areas.2 tablets are taken immediately and repeated after 12 hours.

Pills work by affecting our hormones .They either prevent or postpone ovulation depending on the time of the cycle that you take them . Later in the cycle, they work to block the implantation of the fertilised egg.

They are about 98% effective if taken correctly and are not vomited out.

They can cause abnormal bleeding in the 2months that follow.

The copper containing device is usually used. The down side is that it has to be fitted into the uterus by a doctor or nurse.

The major advantage is that it can be fitted up to 5 days after the most probable calculated day of ovulation. It prevents implantation of the fertilised egg. It is ideal for women who cannot take hormones for any reason.

It can also then be used for contraception afterwards for up to 5-10 years depending on the device used.

PLEASE BE AWARE: The methods described above are excellent to prevent pregnancy. They do not, however protect against sexually transmitted diseases related to an episode of unprotected sex or contraceptive failure.

THAT’S THE SUBJECT OF ANOTHER BLOG!

"My Mission in life is not merely to survive, but to thrive, and to do so with some passion some compassion, some humor and some style"

This is my blog not a public space. Critical discourse is welcomed. However inappropriate comments will be deleted.

The opinions blogged here represent only those of Sumayya Ebrahim and do not reflect those of the clinic she works in or any persons or companies mentioned herein.